International Chamber of Commerce ICC : ICC the world business organization, the only representative body that speaks with authority on behalf of...

ICC (International Chamber of Commerce) is the voice of world business championing the global economy as a force for economic growth, job creation and prosperity.

Because national economies are now so closely interwoven, government decisions have far stronger international reper-cussions than in the past.

History of the International Chamber of Commerce

The International Chamber of Commerce was founded in 1919 with an overriding aim that remains unchanged: to serve world business by promoting trade and investment, open markets for goods and services, and the free flow of capital.

Much of ICC's initial impetus came from its first president, Etienne Clémentel, a former French minister of commerce. Under his influence, the organization's international secretariat was established in Paris and he was instrumental in creating the ICC International Court of Arbitration in 1923.

ICC has evolved beyond recognition since those early post-war days when business leaders from the allied nations met for the first time in Atlantic City. The original nucleus, representing the private sectors of Belgium, Britain, France, Italy and the United States, has expanded to become a world business organization with thousands of member companies and associations in around 130 countries. Members include many of the world's most influential companies and represent every major industrial and service sector.

The voice of international business

Traditionally, ICC has acted on behalf of business in making representations to governments and intergovernmental organizations. Three prominent ICC members served on the Dawes Commission which forged the international treaty on war reparations in 1924, seen as a breakthrough in international relations at the time.

A year after the creation of the United Nations in San Francisco in 1945, ICC was granted the highest level consultative status with the UN and its specialized agencies. Ever since, it has ensured that the international business view receives due weight within the UN system and before intergovernmental bodies and meetings such as the G8 where decisions affecting the conduct of business are made.

Defender of the multilateral trading system

ICC's reach - and the complexity of its work - have kept pace with the globalization of business and technology. In the 1920s ICC focused on reparations and war debts. A decade later, it struggled vainly through the years of depression to hold back the tide of protectionism and economic nationalism. After war came in 1939, ICC assured continuity by transferring its operations to neutral Sweden.

In the post-war years, ICC remained a diligent defender of the open multilateral trading system. As membership grew to include more and more countries of the developing world, the organization stepped up demands for the opening of world markets to the products of developing countries. ICC continues to argue that trade is better than aid.

In the 1980s and the early 1990s, ICC resisted the resurgence of protectionism in new guises such as reciprocal trading arrangements, voluntary export restraints and curbs introduced under the euphemism of "managed trade".

Challenges of the 21st Century

After the disintegration of communism in eastern Europe and the former Soviet Union, ICC faced fresh challenges as the free market system won wider acceptance than ever before, and countries that had hitherto relied on state intervention switched to privatization and economic liberalization. As the world enters the 21st century, ICC is building a stronger presence in Asia, Africa, Latin America, the Middle East, and the emerging economies of eastern and central Europe.
Today, 16 ICC commissions of experts from the private sector cover every specialized field of concern to international business. Subjects range from banking techniques to financial services and taxation, from competition law to intellectual property rights, telecommunications and information technology, from air and maritime transport to international investment regimes and trade policy.

Self-regulation is a common thread running through the work of the commissions. The conviction that business operates most effectively with a minimum of government intervention inspired ICC's voluntary codes. Marketing codes cover sponsoring, advertising practice, sales promotion, marketing and social research, direct sales practice, and marketing on the Internet. Launched in 1991, ICC's Business Charter for Sustainable Development provides 16 principles for good environmental conduct that have been endorsed by more than 2300 companies and business associations.

ICC keeps in touch with members all over the world through its conferences and biennial congresses - in 2004 the world congress was held in Marrakesh. As a member-driven organization, with national committees in 84 countries, it has adapted its structures to meet the changing needs of business. Many of them are practical services, like the ICC International Court of Arbitration, which is the longest established ICC institution. The Court is the world's leading body for resolving international commercial disputes by arbitration. In 2004 561 Requests for Arbitration were filed with the ICC Court, concerning 1 682 parties from 116 different countries and independent territories.

The first Uniform Customs and Practice for Documentary Credits came out in 1933 and the latest version, UCP 500, came into effect in January 1994. These rules are used by banks throughout the world. A supplement to UCP 500, called the eUCP, was added in 2002 to deal with the presentation of all electronic or part electronic documents. In 1936, the first nine Incoterms were published, providing standard definitions of universally employed terms like Ex quay, CIF and FOB, and whenever necessary they are revised. Incoterms 2000 came into force on 1 January 2000.

In 1951 the International Bureau of Chambers of Commerce (IBCC) was created. It quickly became a focal point for cooperation between chambers of commerce in developing and industrial countries, and took on added importance as chambers of commerce of transition economies responded to the stimulus of the market economy. In 2001, on the occasion of the 2nd World Chambers Congress in Korea, IBCC was renamed the World Chambers Federation (WCF), clarifying WCF as the world business organization's department for chamber of commerce affairs. WCF also administers the ATA Carnet system for temporary duty-free imports, a service delivered by chambers of commerce, which started in 1958 and is now operating in over 57 countries.

Another ICC service, the Institute for World Business Law was created in 1979 to study legal issues relating to international business. At the Cannes film festival every year, the Institute holds a conference on audiovisual law.

The fight against commercial crime

In the early 1980s, ICC set up three London-based services to combat commercial crime: the International Maritime Bureau, dealing with all types of maritime crime; the Counterfeiting Intelligence Bureau; and the Financial Investigation Bureau. A cybercrime unit was added in 1998. An umbrella organization, ICC Commercial Crime Services, coordinates the activities of the specialized anti-crime services.

All these activities fulfil the pledge made in a key article of the ICC's constitution: "to assure effective and consistent action in the economic and legal fields in order to contribute to the harmonious growth and the freedom of international commerce."

In case you want to design the perfect garden, you may have to spend a lot of time, money and efforts. However, if you use some simple tips and pointers to appropriately plan and design everything,...
Tips and tricks for having clean and durable carpets

Even if you think you keep your homes clean and tidy, carpet cleaning would be necessary very soon. If you have a pet or children in your home, deep carpet cleaning can be a good idea every year or...
Why you, as a business, should let your employee retrain

Sometimes career progression isn’t always a straightforward path. Many employees spend their day job wondering what it would be like to retrain in a brand new area, whether that’s finance...
Should Your Company Switch to a Smaller Energy Company

There are over 70 different energy companies operating in the UK right now, which gives businesses more choices and bargaining power. Still, a large portion of businesses are still with one of the...
8 Important Things About eCommerce Fulfillment Center

Join us to become an expert author. 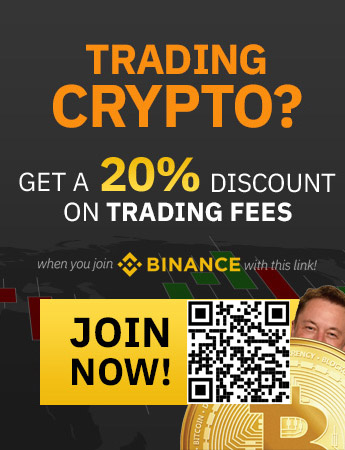